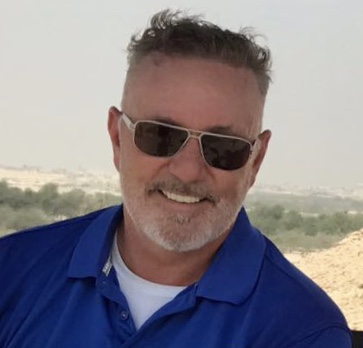 Paul Anderson won his flight at the PSC Charity Day in April with a score of 41 points. Since then, his scores have been a bit up and down, but he has also picked up a number of podium finishes, including a score of 39 points, only to be beaten into second place.
This time, Paul has easily held off the challengers by having a total of 41 points, a margin of five, and his first win at Links Golf.
Thierry Petrement is also a consistent player and his handicap hangs around the eleven or twelve mark most of the time.
Playing to his handicap, today he has scored 36 points to take the second spot.
Martin Patch has been around the place of late and a score of 33 points has given him a solid third place.
John Gray is a relative newcomer to Links Golf and, after a couple of ‘warm-up’ games, has found some form to return 31 points and win a countback over Walter Baechli, but it was close.
𝗪𝗶𝗻𝗻𝗲𝗿𝘀 𝗮𝘁 𝗕𝘂𝗿𝗮𝗽𝗵𝗮
1st Place – Paul Anderson (22 ) – 41 pts
2nd Place –Thierry Petrement (12) – 36 pts
3rd Place – Martin Patch (18) – 33 pts
4th Place – John Gray (23) – 31 pts c/back
𝗕𝗲𝘀𝘁 𝗙𝗿𝗼𝗻𝘁 𝗡𝗶𝗻𝗲 ( non winners) – George Mueller – 18 pts
𝗕𝗲𝘀𝘁 𝗕𝗮𝗰𝗸 𝗡𝗶𝗻𝗲 (non winners) – Karl Flood – 17 pts
There was some interesting weather today, as dark clouds hung around most of the day and there was an almost continuous rumble of thunder in the background. However, unlike our previous visit here, on April 28, the rain and storms stayed away.
The course had received a lot of rain overnight so the fairways were quite wet. The greens on the ‘B’ nine were in good condition and played well, but the ‘C’ nine were not quite to that standard.
The special over 60’s price of 1250 bht all-in is still in place which makes great value for a fine golf course.
𝑷𝒉𝒐𝒕𝒐: Winner, 𝗣𝗔𝗨𝗟 𝗔𝗡𝗗𝗘𝗥𝗦𝗢𝗡